Apply online for a personal health plan and activate your coverage before March 30, 2023 to be entered to win!*

Apply online or visit your local broker to submit your application!

In order to be entered to win, your application must be approved and an offer for a Blue Choice® or Conversion Personal Health Plan must be extended by Saskatchewan Blue Cross. You must accept the offer for coverage and activate your plan by March 30, 2023. Your plan must be active on the draw date (April 7, 2023) in order to be eligible to win. See full contest details here.

A healthier you starts with proactive health care.

Every Saskatchewan Blue Cross plan includes 20 core benefits, like vision care, coverage for health practitioners like massage therapists, chiropractors, acupuncture, and much more. You can customize your plan to fit your unique needs by choosing from any or all of five optional benefits. 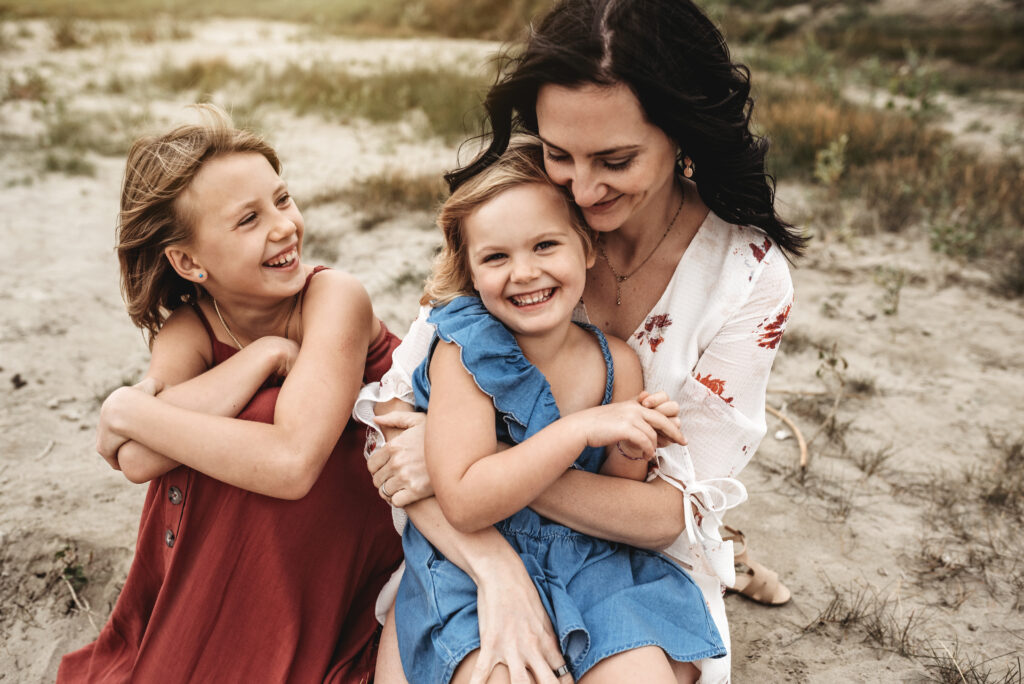 Ensure the health and wellness of your loved ones by protecting their financial health with flexible life insurance.

The Contest is open to legal residents of the province of Saskatchewan and must be 18 years of age or older at the time of entry.

To enter the contest, you must submit a completed Personal Health Plan application for either a Blue Choice or Conversion plan. Your application must undergo the relevant underwriting process and be accepted by Saskatchewan Blue Cross.

You must accept your offer for coverage and activate your policy prior to March 30, 2023, and your policy must be active on the draw date to be entered to win.

No purchase necessary. You may also enter the Contest by submitting a short essay (250 words) outlining the positive impact a personal health insurance plan can have on your overall health and wellbeing. This essay must be submitted on 8 ½” by 11” paper along with your name, address, email address, and daytime phone number. Mail your Submission in an outer mailing envelope with sufficient postage affixed to: Saskatchewan Blue Cross Marketing Department, Attn: Contest Entry, P.O. Box 4030, Saskatoon, SK, S7K 3T2. Mail-in entries must be postmarked by 03/16/23 and received by 03/30/23. No copies, facsimiles or mechanical reproductions will be accepted. Promotion Entities assume no responsibility for lost, late, incomplete, stolen, misdirected, illegible or postage due entries or mail.

It is within the sole discretion of Saskatchewan Blue Cross to allow applications submitted no earlier than 7 calendar days prior to the commencement of the contest period to be entered as a contestant in the Contest, provided that such applications are otherwise eligible and compliant with all remaining Contest Rules.

Limit one (1) entry during the Contest Period per person. By entering this contest, the entrant agrees to accept and abide by these rules and regulations (the “Contest Rules”).  All decisions of the Contest Sponsor with respect to any aspect of this Contest, including without limitation the eligibility of entries, are final and binding on all entrants.

By entering the Contest, each entrant consents to the use of their name and city of residence without compensation in any publicity or advertising carried out in any medium world-wide by either or both of the Contest Sponsor and/or their advertising or promotional agencies without limitation or further notification or compensation.

There are three (3) prizes available to be won in the Contest (the “Prize” or “Prizes”). Each prize consists of:

Odds of winning a Prize depend on the number of eligible entries submitted and received in accordance with these Contest rules during the Contest Promotional Period.

Prize must be accepted as awarded and may not be sold, transferred exchanged, assigned or refunded. Prize may not be substituted for cash. The Contest Sponsor reserves the right to substitute the Prize with a prize or prizes of at least equal value in the event of the unavailability, for whatever reason.

Saskatchewan Blue Cross will make one random draw from all eligible entries received.  To be declared a winner, the selected entrant must successfully answer a skill testing question.  The Contest winner will be selected on April 7, 2023.

Selected Prize entrant(s) will be notified via the email address and phone number provided through their application within approximately one day of the draw.  If a selected entrant does not respond within three (3) business days of first contact, the contest sponsor will have the right to disqualify the entrant and another entrant will be randomly selected (from among the remaining eligible entries submitted and received in accordance with these Contest rules) at the sole and absolute discretion of the Contest Sponsor.

Before being declared a winner of the Prize, the selected entrant must correctly answer, unaided, a mathematical skill-testing question to be administered by telephone or email and complete, sign and return a Declaration and Release Form (and any other documents, as applicable) within three (3) days of Notification. Prize will be awarded, subject to these Contest rules, upon correctly answering the mathematical skill-testing question.

If the potential Prize winner is not in compliance with these Contest rules, incorrectly answers the skill-testing question, declines the Prize, fails to return the Declaration and Release Form (and any other documents, as applicable) within three (3) business days of Notification or correspondence between the Contest Sponsor and potential winner is not responded to or is returned as undeliverable, the Prize may be forfeited by that potential winner and the Contest Sponsor reserves the right to randomly select another potential winner from among the remaining eligible entries submitted and received in accordance with these Contest rules.

Saskatchewan Blue Cross is the sole sponsor of this Contest.  This Contest is in is no way sponsored, endorsed or administered by, or associated with Apple.

Unless otherwise deemed appropriate by the Contest Sponsor for the administration of the Contest based on the circumstances, no communications will be entered into except with selected entrants. Once a Prize winner has been verified and confirmed, the Prize winner’s name may be posted across Saskatchewan Blue Cross social media channels including Instagram and Facebook and on the website sk.bluecross.ca.

Any entry that is late, incomplete, altered, or contains false information, is invalid. The Contest Parties and each of their respective officers, directors, employees, agents, representatives, successors collectively, the “Released Parties” are not responsible for lost, stolen, delayed, damaged or misdirected claims or entries or for any problems or technical malfunction of any Internet or telephone network or broadcast transmission during the Contest Period.

The Released Parties accept no responsibility for loss, damage or claims caused by the awarded prizes or the Contest itself. By entering, entrant releases and holds harmless the Released Parties from any and all liability for any injuries, loss or damage of any kind arising from or in connection with the Contest or any prize (or a portion thereof) won.

Without limiting the release of liability provisions herein, and for greater certainty, the Released Parties will not be liable for: a) any incorrect or inaccurate information, whether caused by Contest website users or by any equipment or programming associated with or utilized in the Contest or by any technical or human error which may occur in the processing of entries in the contest; b) any error, omission, interruption, deletion, defect or delay in operation of the Contest website or any transmission in connection with the contest; c) any communications line failure, theft, destruction or unauthorized access to, or alteration of, entries; d) any problems with, or technical malfunction of, any telephone network or lines, computer on-line systems, servers or providers, computer equipment, software, or failure of email which may occur for any reason whatsoever, including technical problems or traffic congestion on the Internet or at any website or combination thereof; or e) any injury or damage to entrants’ or to any other person’s computer or other device related to or resulting from participating or downloading materials in this contest. If the Contest is not capable of running as planned for any reason, including infection by computer virus, bugs, tampering, unauthorized intervention, fraud, technical failures, or any other cause of any nature whatsoever beyond the reasonable control of the Released Parties which corrupt or affect the administration, security or proper conduct of this contest, the Contest Sponsor reserves the right at its sole and absolute discretion to, without advance notice, terminate or suspend the contest, in whole or in part, or modify it in any way.

ANY ATTEMPT BY AN ENTRANT OR ANY OTHER PERSON TO DELIBERATELY DAMAGE ANY WEBSITE OR UNDERMINE THE LEGITIMATE OPERATION OF THE CONTEST IS A VIOLATION OF CRIMINAL AND CIVIL LAWS AND SHOULD SUCH AN ATTEMPT BE MADE, THE CONTEST SPONSOR RESERVES THE RIGHT TO SEEK DAMAGES FROM ANY SUCH PERSON TO THE FULLEST EXTENT PERMITTED BY LAW.

Saskatchewan Blue Cross is collecting personal data about the entrants for the purpose of administering this Contest and may share this information with parties retained by the Contest Sponsor in connection with the administration of the Contest. No further informational or marketing communications will be received by entrants, unless the entrant has specifically opted-in to receive such communications. The Contest Sponsor respects your right to privacy of your personal information. Please review Saskatchewan Blue Cross’ Privacy Policy at sk.bluecross.ca for details on the manner in which the Contest Sponsor collects, uses, discloses, and otherwise manages your personal information.

This Contest shall be governed by and construed in accordance with the laws of Saskatchewan and the laws of Canada applicable therein.

The invalidity or unenforceability of any provision of these Contest rules shall not affect the validity or enforceability of any other provision. In the event that any provision is determined to be invalid or otherwise unenforceable or illegal, these Contest rules shall otherwise remain in effect and shall be construed in accordance with their terms as if the invalid or illegal provision were not contained herein.